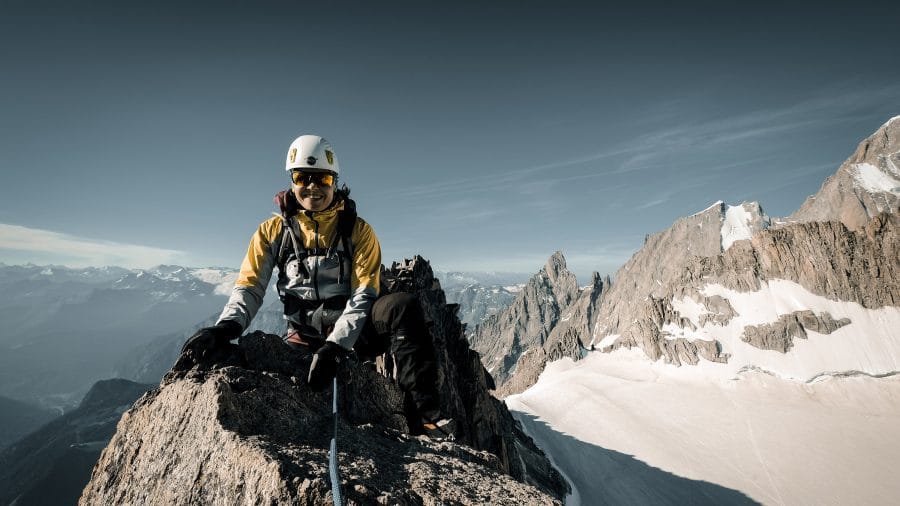 On becoming an unlikely athlete

This was a speech I gave on the opening day the Suunto Summit. I know it’s in English but I liked it so much I didn’t bother to translate it.

Hi, I’m Lotta, from Helsinki. That’s me in the picture, even though it feels like that shouldn’t be me. Because having me on top of a mountain is very, very unlikely.

You see, I was always a very timid person. My idea of a good time was to stay in my room and read books. I hated going anyplace new, and would happily fake an illness just to get back home from such exotic places as a friend’s summer cottage.

But at the same time, I was an armchair adventurer. I loved to read about adventures on the seas and on the mountains. But I always felt that adventures were for other kind of people. Some other class of humans who are brave and skilled and adventurous, athletic. Not the ones who were afraid of water and heights and could hardly run a 100 metres.

In my mid-twenties, I discovered sports the traditional way: I realised I was getting fat. I decided I needed to do something else than read books at the university and drink beer. So I started jogging and I absolutely hated it.

But then something happened. I discovered I really liked sports. It wasn’t just that I got fitter and stronger. Sports gave me a new kind of confidence, something I thought I could never possess. I started doing things I never could have imagined. I left home!

I spent some weeks at a thaiboxing camp in Thailand. I started brazilian jiu-jitsu and mixed martial arts, getting my ass kicked on a daily basis. I discovered crossfit and weightlifting. I started running on trails: first a half marathon, then a full one, then an ultra. I biked from Helsinki to Lappeenranta. I went surfing even I am terrified of water. I took part in a triathlon even though I am a terrible swimmer.

And I went to Chamonix, all alone, to take part in a climbing course. It may not seem like much to a mountain climber, but for me, this was a huge deal. I remember approaching the mountain and seeing people high up on the ridge and thinking, I could never, ever pull that off. And some hours later, here I was, all smiles. (And soooo terrified.)

Do I feel like an adventurer or an athlete now? No. I didn’t come out on the other side as someone new. I’m still me, but maybe with a couple of new skills and some new bruises and calluses.

I’m still me, but what I thought us ordinary people, us unlikely athletes, can do, is slightly different

Is it these you’re looking for?